Durham-based award-winning firm of architects, Howarth Litchfield, has announced its latest multi-disciplinary commission in the specialist education sector, on a new multi-million project, which is the first of its kind to be constructed in Redcar.

Working as part of Interserve Group Limited’s (Interserve) team, following the main contractor’s appointment by the Department of Education (DfE) Construction Framework to design and build the new Mo Mowlam Academy, Howarth Litchfield will act as lead designer and provide a broad range of services on the scheme.

The project is being delivered as part of the Government’s £4.4 billion Priority School Building Programme which is rebuilding or refurbishing those school buildings in the very worst condition across the country.

The Mo Mowlam Academy, formally known as Pathways School, will be operated by the Horizons Specialist Academy Trust (the Trust) and is one of seven schools in the Trust’s portfolio.

Currently catering for up to 70 pupils with social, emotional and mental health needs from its present site in Grangetown, the replacement building will allow the Trust to increase its capacity creating much needed space for 100 pupils – 30 primary and 70 secondary.  The new facilities will also create more dynamic and inspirational learning environments for its pupils, to cater for their many and differing needs.

On this latest project, Howarth Litchfield will not only act as lead designer, but will also provide architectural and interior design services as well as acting as Principal Designer and BIM co-ordinator.

Responding to the brief and the need to create distinctly separate spaces for the primary and secondary schools, Howarth Litchfield’s design places the administration and ancillary services at the centre of the building.

According to Howarth Litchfield’s director and lead architect on the team, Keith Handy, the design requirements of such a specialist education facility play to the architect’s strengths and immense experience of designing similar specialist schools such as Marchbank Free School, Darlington.  He said:

“We are delighted to be able to announce this latest appointment and are very much looking forward to working as part of Interserve’s team on such a prestigious school and the first of its kind planned for Redcar.

“The school supports the educational, therapeutic and medical needs of its pupils – all of which translate into specific architectural requirements. I’m confident, that thanks to our approach and comprehensive understanding of those requirements, as well as the general requirements associated with all schools, we have come up with a design that will more than meet those needs.

“Furthermore, specially designed interior spaces have been incorporated, which allow for passive supervision and are essential in schools where behavioural issues can present challenges for teaching staff.  Additionally, there are well thought out spaces suitable for pupils who don’t cope well in larger open plan spaces or those who feel claustrophobic in confined spaces, which will allow the pupils to flourish in their own individual ways. “

“The school’s new location in the centre of Redcar and over the road from Redcar College was paramount to pupils given that we serve the whole of the community.  The design of the building along with its interior is so important to meeting the varying needs of the growing number of pupils we will be able to accommodate that we can’t wait for Interserve and its team to commence on site in due course.”

Once complete the school will feature several ICT-rich classrooms, a sensory room, soft play area, small and medium group rooms and a food technology room as well as a library, science and art rooms.

Other spaces will include calming rooms and breakout spaces for pupils, a sports hall and medical room all set out in a building with a wider than usual circulation space.

Externally, the school will benefit from engaging outdoor learning spaces including bug and horticultural gardens and hardstanding areas where pupils can learn about bike mechanics and a central MUGA (multi use games areas) accessible by both primary and secondary schools.

Mo Mowlam Academy is named after Mo Mowlam, the former Labour MP for Redcar and Northern Ireland Secretary, who sadly passed away in 2005 aged 55 years.

* This news article has not been written by the team at Business Durham, and is curated content from
Clothier Lacey
Recent Posts
Subscribe
Popular Posts 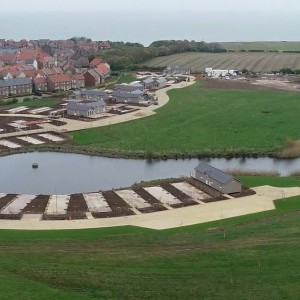