As part of the works to Simon Berry’s Optometrist we were to strip of the existing roof surface and strengthen the existing timber structure. What we found was a surprising and informative as to the working practices of our predecessors.

The original building two, stone built two storey cottages, with chimney stacks at both ends. At some point in the past the two properties were knocked together to create a larger building and the two chimney stacks taken down wholly or in part, one remained in-tact at ground floor level. The holes within the roof were then filled in and then re-tiled. Then methods used to infill these areas had subsequently caused the roof to deflect.

At the gable end adjacent to Mill lane the ridge beam had been extended with a number of pieces of timber nailed together which has subsequently dropped/ warped/ deflected. The joists connecting to this ridge beam had dropped / become detached from this beam because the timber used was inadequate. 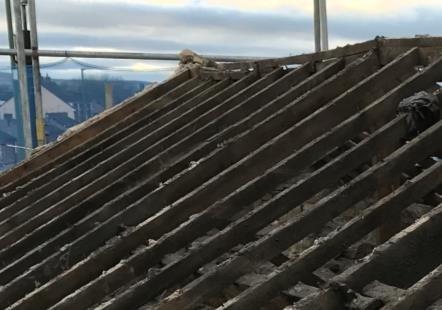 At the party wall with Simon Berry Optometrists and Jani’s Deli the infill had also been constructed using questionable techniques. Here the original ridge board had been extended using an old piece of floor board and at the party wall was resting upon a piece of brick, approximately 50mm square. Surprisingly there was less movement at that end if the roof.

Generally there were a number of joists that needed repair or replacing because they had suffered from rot because of the general poor condition of the roof. 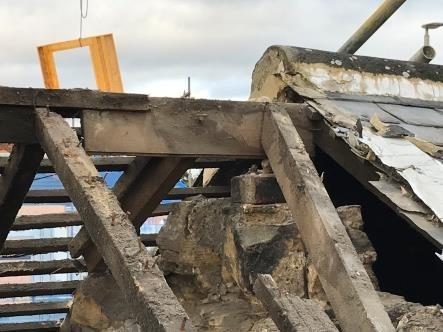 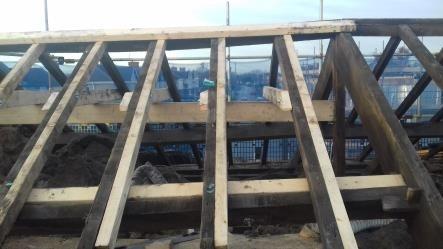 The remaining timber trusses / joist were retained but required additional strengthening to try and straighten the roof slopes / ridge.

Then the roof was then covered with a sarking membrane, new tiling battens and re-tiled. 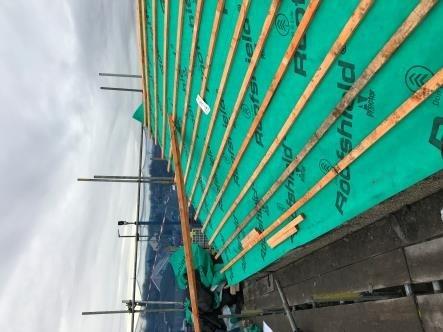 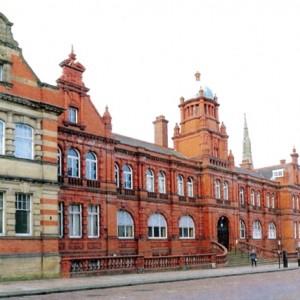