When sixth formers at Newcastle Royal Grammar School (RGS) returned to school after the Christmas break, they stepped into a totally transformed study environment following the completion in December of an extensive refurbishment project.

The complex  deconstruction of the sixth form building, which originates from 1906, has enabled the combination of the old sixth form and old library into a new, and much larger sixth form centre.

Appointed to the four-month project by RGS because of their knowledge of the school and in-depth experience of sympathetically modernising heritage buildings, County Durham architects Howarth Litchfield, were responsible for architecture, construction design management and interior design.

The sixth form centre is just one of several projects undertaken at RGS by the Howarth Litchfield team over the last 15 years or so, which include designing the 25-metre swimming pool and sports hall as well as the recently completed new library building on the corner of Eskdale Terrace.

Speaking about the influences that guided the design of the project, Neil Turner, director of Howarth Litchfield, said:  “We were influenced by Manhattan loft apartments and were at pains to make the mezzanine look like a new insertion into the older space.  The new space took out a small mezzanine on one side and a new, larger mezzanine was built across the two rooms and the old corridor to form one larger, dynamic, new zone for the older pupils.

“Simple, bolder colours and timber ceilings have given the space a contemporary feel.  We took the decision to make a feature of the services installation, driven by the challenge of insufficient head height for the new ceilings. At the same time, we wanted to create a light, calm, relaxing feeling of spaciousness.   We are very pleased with the result, which has received some good feedback and we trust it will prove an inspirational learning environment for RGS sixth formers in the years to come.”

RGS bursar, Mike Pitkethly, provided a brief which was to create an energising sixth form environment for students with emphasis on efficient space planning and outstanding IT support at its heart which is fundamental to teaching practice at the school.  He said:

“The sixth form at RGS is one of the largest in the independent sector, with approximately 350 students. With virtually all our Year 11 students progressing to the sixth form and new entrants into the lower sixth form each year we simply needed to create more space to provide the best possible learning and socialising environment. This is the culmination of the long-term plan to improve the facilities of the school. We are delighted with the transformation that has taken place.”

* This news article has not been written by the team at Business Durham, and is curated content from
Clothier Lacey
Recent Posts
Subscribe
Popular Posts 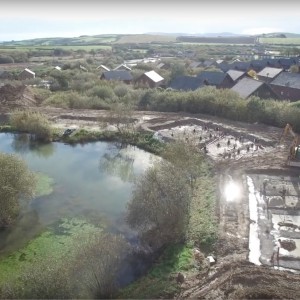