A FORMER professional footballer is set to convert a historic building which was once a refuge for the aristocrats of County Durham.

The grade II listed home of the Durham County Club, in Old Elvet, Durham, for 126 years is due to be turned into flats after the closure of the organisation last year.

When it closed, a spokesman for the club committee blamed increasing pressure on businessmen’s time, saying: “Business and professional gentlemen are today only able to take lunch breaks on special occasions.

“Individuals no longer play as much bridge or other card games as they used to.”

It is being developed by FiftyTwo Group, run by Fergus Bell, who after a youth career at Sunderland and Hibernian played for Spanish side Jerez Industrial and Mansfield Town, and Daniel Gibson.

Mr Bell, 26, of Durham, said: “I’ve lived on Old Elvet all my life so I’ve been walking past the building as long as I can remember. We wanted to keep the street as true to itself as we could. It’s not one which deserves students. I think it’s one of those buildings that people never know what it’s like on the inside even though they walk past it all the time.”

The 19th century building was built as a house, but in 1890 became the home of the Durham County Club, which was formed by leading businessmen and aristocrats of the time, including the Earl of Durham, the Marquis of Londonderry, a knight of the realm, a priest and two MPs.

Among its members over the years have been many High Sheriffs of Durham, a position once held by Mr Bell’s father, Peter.

The three-storey building will be turned into 12 one and two-bedroom flats, with work starting next week and due to be completed by February.

Original features, which are more than 200 years old, will be retained, including the grand staircase, cornices, ceiling roses and skirting boards while other rare items, including a Durham-produced John Heron toilet, will go to Beamish Museum. One of the flats will have the club’s former dining room as a living room.

Mr Bell added: “Because my dad was the high sheriff I had been to functions here and it’s a fascinating room. The log of people who have eaten here is incredible, from aristocrats to Army brigadiers.” 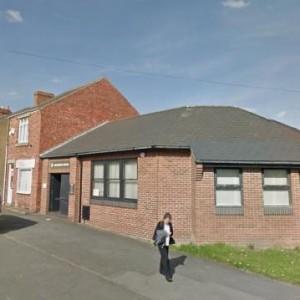