Redhills, for long the base of the Durham miners and a centre of community culture, is set to return to its former glory.

Redhill, opened in 1915, is ‘a shining example of what people can achieve collectively’. Photograph: Washington Imaging/Alamy Stock Photo

More than 100 years ago, when miners in County Durham decided to build a hall for their association, they did not think small. Opened in 1915, and funded by subscriptions from across one of Europe’s largest coalfields, the new headquarters boasted a lavish 48-metre facade, a white marble staircase, a domed roof and splendid oak-panelled committee rooms.

The crowning glory was a spectacular debating chamber, nicknamed the pitman’s parliament, in which each numbered seat corresponded to a colliery. Deliberately designed to resemble a mine-owner’s country estate, Redhills was a unique and extraordinary monument to working-class pride, ambition and self-organisation.

Though the last Durham mine closed in 1993, a handful of officials still work in the building, organising a popular summer gala and looking after the welfare of retired miners. But while the gala still thrives as a cultural festival, the building itself is in a state of disrepair. Its future was looking grim, despite its Grade II-listed status. Then Ross Forbes, the association’s programme director, got a phone call. The National Lottery Heritage Fund had agreed an initial sum for a study on more than £4m of restoration and renovation work, with the aim of turning Redhills over to the people of Durham as a community and arts hub. The county council has chipped in with matched funding of £1.1m. A proletarian masterpiece is about to undergo a stunning, uplifting renaissance.

“You could say we’re happy chappies,” says Forbes, who has run a fundraising campaign for the past two years, with support from Grayson Perry and Emmerdale actress Charlie Hardwick, as well as 2,000 members of the public and the Victoria and Albert museum. “People have worked so hard for this. We made an application last year and we didn’t succeed. So it’s relief we feel, really. This will bring a vital part of working-class history back to life, and there is so much we can learn by doing that.”

One of Forbes’s first jobs will be to venture into the basement where, he says, thousands of forgotten documents record the vibrant life and times of the coalfield.

“They have been buried there in the damp for decades but now we can get a team together, save them and archive them. This will be a treasure trove of social history. There will be everything from injury compensation records, which show what a dangerous life it was, to cold war pamphlets on how to spot communists in trade unions – as well as stuff no one even knew was there.”

There are hopes that the pitman’s parliament will resume its place as a forum for democratic debate. Citizens UK groups have already expressed interest in holding meetings in the chamber, which can accommodate up to 350 delegates. Films, concerts and shows will also help put Redhills back on the cultural map of the region.

“From here, the miners in effect created and ran their own welfare state – they built hospitals, homes, recreation halls – Ross Forbes”

The intention, says Forbes, is that the restoration programme can be a catalyst for reflection on what working-class cultures achieved in the past and what can be done in the future. “In a way the timing couldn’t be more appropriate,” he says. “There’s a new political focus on the north and on the future of communities.

“Redhills is a shining example of what people can collectively achieve. From here, the miners in effect created and ran their own welfare state in the first part of the 20th century. They built hospitals, homes, recreation halls. There was no state to do it for them so they did it for themselves and that was a tremendous source of pride and satisfaction.

“Preserving the memory of where we have come from can help us work out where we should be going – and this place can be at the heart of that debate.”

In his book The Pitmen’s Requiem, an acclaimed chronicle of a mining village, author Peter Crookston movingly describes the faded glory of Redhills. Written 10 years ago, his account is beautiful but sad: “The marble-floored lobby no longer resounds to the clatter of delegate’s studded brogues. Arguments in pitmatic [a local miners’ dialect] no longer thunder along the solid oak rows of the Miners’ Hall, where each colliery lodge has its own numbered seats.”

The miners will never come back. But others are now certain to take their place as a new chapter in the illustrious history of Redhills begins. 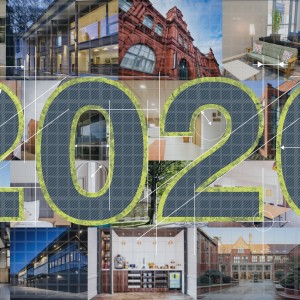 The Work Continues At Howarth Litchfield