Work has started on conserving and improving the oldest standing building in Durham City – the 11th century Norman Chapel inside Durham Castle.

The project will not only conserve this important building for future generations as part of the UNESCO World Heritage Site but will also improve the visitor experience for the thousands of tourists who visit Durham Castle on guided and self-guided tours each year.

Over the last 200 years, the ground levels outside the Chapel have risen making the Chapel accidentally subterranean and as a result water from the soil is causing damage to the sandstone walls. The conservation work will ensure that this process is stopped and this important historic building with its many original features is preserved.

The work will also include improvements to the visitor experience with the addition of interpretation and displays in a newly refurbished entrance area of the Chapel.

New lighting will also be installed inside the Chapel to highlight the carvings at the top of the pillars, and to enable visitors to see more of the detail of the chapel.

Lions, Snakes and a Mermaid

Around 30,000 visitors from all over the world take part in guided or self-guided tours around the Castle each year where they find out about the history of the building and get to see some of the unique areas of the Castle. They include the Great Hall, Black Staircase, Tunstall Chapel and Gallery and the Norman Chapel.

Durham Castle is the home of University College, the oldest college of Durham University and is used for reflection and worship, as well as for community engagement and research.

The conservation work will ensure that the many original features within the Chapel are preserved. These features include sandstone pillars with iron threaded through which gives the appearance of marble, and unique stone carvings at the top of the pillars. These carvings include men, lions, snakes, and even a mermaid. The mermaid is thought to be the earliest depiction of a mermaid in England.

Story of the Carvings

The carving depicting a man with two dogs hunting a stag tells an interesting story. It is thought that this is a representation of St Eustace, who is said to have converted to Christianity when he had a vision of a cross between the horns of a stag he was hunting. Eustace subsequently faced many misfortunes but clung on to his faith. He and his family were later killed by the Emperor Hadrian for refusing to make pagan sacrifices and he became the patron saint of anybody facing adversity.

The Norman Chapel has survived practically intact which is unusual for religious spaces such as this, which were often remodelled to reflect changes in fashion. It is believed that the Chapel probably owes its survival to the fact that there was difficult access to the chapel when Bishop Hatfield enlarged the Castle Keep in the 14th century, saving this Norman structure from substantial medieval and post-medieval alterations.

The first phase of the project will cost £2.6 million with £80k provided by the Wolfson Foundation towards the cost of restoration and interpretation of the Norman Chapel at Durham Castle.

Brims Construction is working alongside Turner & Townsend who have been responsible for the project management, cost management and principal designer role to date. Other core members of the project team include Howarth Litchfield (architects), Colour Urban Design (landscape architects) and Adelphi (conservation engineers). 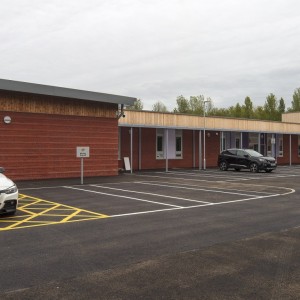 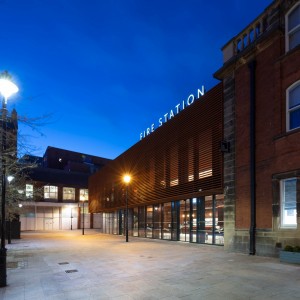